A Reaction To The IPCC Report On Climate Change.

Burning platform? Tipping Point? Code red for humanity? Mutual suicide pact?  It doesn’t really matter how you choose to describe this week’s report from the IPCC. It is the starkest warning yet about climate change.

Last week, we posed the very pertinent and timely question of whether climate change should be characterized as a burning platform or, as John Kerry said, “a mutual suicide pact”.

We discussed the observations that these (extreme climate-related) events are happening more frequently and with greater intensity and that the situation would most likely deteriorate further over the next several years.  We also mentioned that for quite some time, scientists have been sounding the alarm.

Formed by the UN in 1988 with the express purpose of determining the science around climate change and providing governments with the necessary scientific data to help develop policy, the IPCC is recognized as the scientific authority on climate change-related matters. The first (AR1) was released back in 1992, followed by subsequent reports –  AR5 (2014) being the report used to guide much of the discussions that resulted in the Paris Agreement (2015).

When the IPCC talks, people listen. And people need to listen today more than ever before.

Highlights of the recent IPCC bombshell report include:

Going back to John Kerry’s characterization, the highlights alone would tend to suggest something more like… 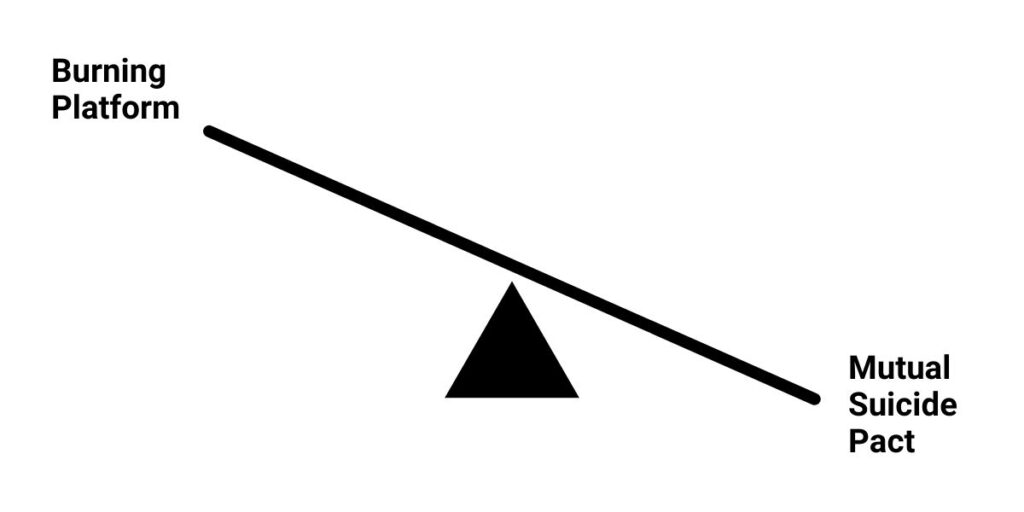 Despite the overwhelming darkness of the recent string of climate-related extreme weather events, and despite the very sobering reading this report makes, we can be optimistic that we have the global resources to address this challenge and we collectively have the know-how.

If we choose to, we can approach this challenge with the great focus, urgency and speed needed. As UN Secretary-General, Antonio Guterres said, “….we can avert disaster,…..but there is no time for delay and no room for excuses….”.

Over the next few weeks, we will look at two of the key sectors of the Financial Industry to ascertain their readiness to manage climate-related risks, Banks and Insurers.

The IPCC Report will most certainly form one of the cornerstones of discussions leading up to and during COP26 in Glasgow, 100 days from now.  Hopefully, this will provide the impetus and much-needed urgency.

In the meantime, I am sure many people will have lots to say on this matter.  What we know, and the scientists have been telling us, is that actions speak louder than words when reducing the carbon footprint.